The Principals bring to the table a combined experience of more than 50 years in the real estate finance business and have transacted more than a billion dollars in financings for developers and investors throughout New England and Florida. Endeavor is New England’s largest private real estate lender and offers nonconventional lending options to builders, developers, and investors needing quick access to cash when conventional lending sources are unwilling to extend credit. 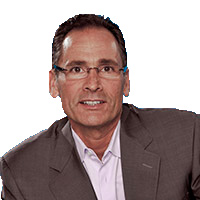 After 10 years of playing a key role in the growth of the company, Tony acquired a 50% interest in Boston Waterfront Realty, a residential real estate brokerage firm, which became the premier and then exclusive affiliate of Sotheby’s International Realty in Boston. After aggressively expanding the operation over the next three years to include five offices, the company was sold to NRT (presently, Realogy) of New Jersey and ultimately became Coldwell Banker, Boston. 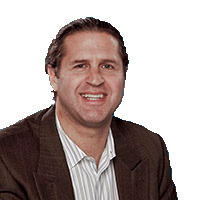 Kurt Stenhouse brings an extraordinary background of industry credentials to Endeavor Capital which he has accumulated over the past 20 years. Kurt’s entire professional career has been centered around real estate finance, asset acquisition and portfolio management. While serving as Chief Financial Officer of JP Mortgage and Capital Trust, Kurt orchestrated numerous financial lines with major institutional lenders which leveraged several hundred million dollars of loan transactions for real estate investors and developers throughout greater Boston.

Kurt is credited with establishing a portfolio-based “best practices” approach to underwriting and servicing special situation real estate loans that is widely acknowledged throughout both the conventional and private equity lending industry in Boston. The uncompromising policies and procedures standards that he established with his team at Capital Trust has enabled Endeavor Capital to quickly enjoy a pre-eminent position as greater Boston’s leading private real estate lender.

Kurt holds a Bachelor of Science Degree in Finance from Bentley University.

617.971.9700
It is the quality of
lending over the
quantity of lending.
–Lewis Thompson Preston
Know what you own,
and know why you own it.
–Peter Lynch
If you count all your assets you always
show a profit.
–Wilson Mizner
If one considered life as a simple loan, one would
perhaps be less exacting.
–Eugene Delacroix
Money is only a tool. It will take you wherever you wish, but it will not
replace you as the driver.
–Ayn Rand